How to Flash Your FloatHub's Firmware

Whenever there is a substantial change in FloatHub’s functionality, we’ve been happy to mail out devices with upgraded firmware to any customers who ask. We include a return mailer so that the original device can be mailed back to us. But in some circumstances — especially for overseas users — this can take a long time (and involve surprisingly high shipping charges).

So for that reason (and to promote general transparency about how FloatHub works), we’ve pulled together this guide. It should contain all the information required to flash the latest firmware onto your FloatHub provided you follow all of the steps. Please be generous with feedback (either by email or comments below), especially if something is unclear or you run into difficulty.

A WiFi FloatHub actually has 2 completely separate microprocessors on board. In order to flash your device with a current copy of the firmware, you will need to upgrade both processors. We will cover all of the software and hardware required to do so. A Cellular FloatHub has an additional (third) microprocessor, but that code almost never changes so flashing the cellular subsystem will not be covered in this guide.

Something else you’ll need but are far less likely to have on hand is an FTDI adapter. We highly recommend this one from Adafruit: 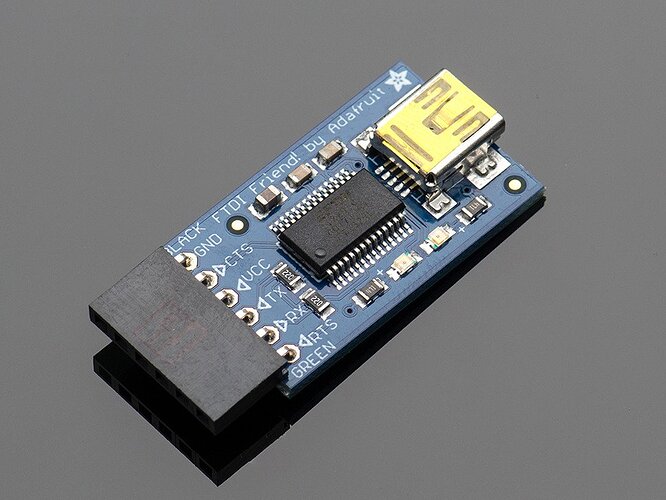 As it is exactly set up to be pin compatible with the programming header inside your FloatHub.

To compile and flash the FloatHub code, you’ll need Version 1.8.9 of the Arduino development environment. At the time of writing this is the most recent version of the Arduino software and it is available at:

Choose Windows/Mac/Linux as appropriate for your computer and operating system.

You’ll also need the actual FloatHub code which is freely available on GitHub:

You can use the “Clone or Download” button on GitHub to get a current copy of the code. There are not (currently) any release branches as we always commit tested code to the public repository that reflects the latest functionality.

Important There are two additional things you’ll need to do after you install Arduino 1.8.9:

Ok, with all those prerequisites out of the way, the flashing process is actually quite straightforward. The first step is remove the four screws that hold the two halves of your FloatHub’s case together: 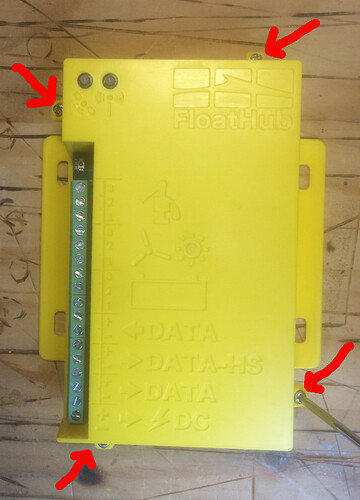 You’ll then want to connect the USB A-to-B Cable from your computer to your FloatHub: 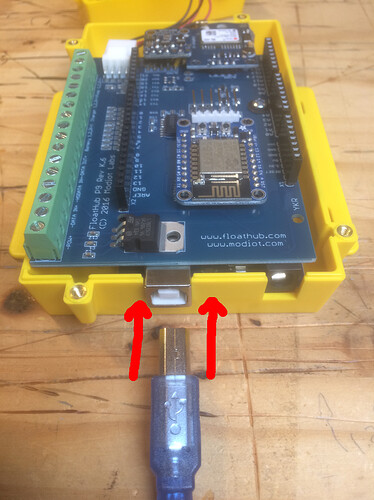 Next, launch the Arduino software you set up above. You need to load (File → Open) the following file (from the FloatHub code on GitHub):

You then need to make sure the following options are set:

A screenshot of all this should look something like this: 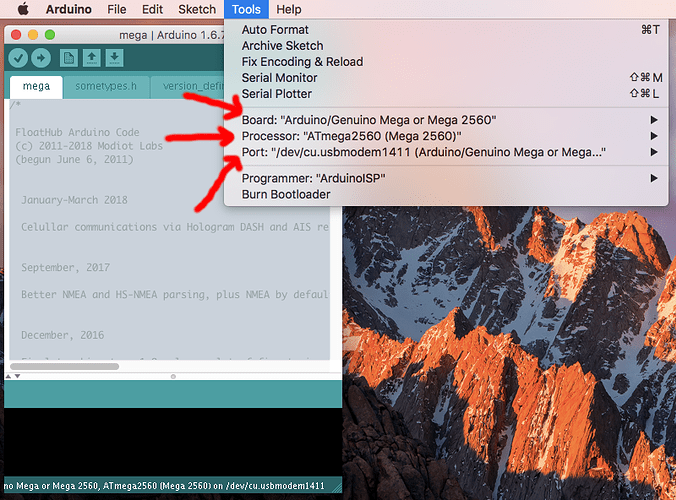 Once you have verified that all of the above is correct, you can go and and flash the code by pushing the Arduino upload button: 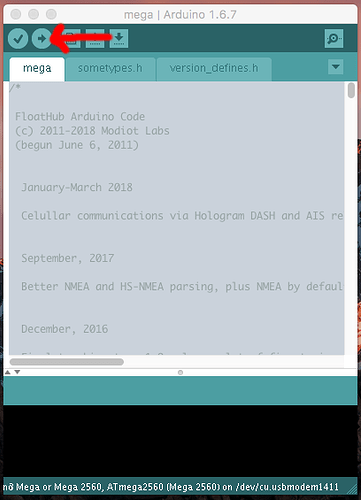 You may need to bend the female connector on the FTDI board up a little in order to clear other components. The USB cable that comes with and connects to the FTDI board should then be plugged into your computer. The ESP8266 will now be powered by this USB connection. You can check if it has power by pressing the reset button. That button is immediately below the 90-degree connector, on the right. There is another push button just to the left, which is the GPIO button. If you push and release just the reset button, a couple of LEDs on the ESP8266 should flash on and then off.

With the ESP8266 ready to go, you need to load the following file into the Arduino programming environment:

If you are building for a cellular FloatHub device, you want to uncomment the following define on line 52:

Then make sure the following options are set:

And the port setting under tools is whatever port your FTDI adapter is in. This can vary by operating system, but if you look at the list of port both before and after you plug in the FTDI adapter, it should be obvious which one it is. 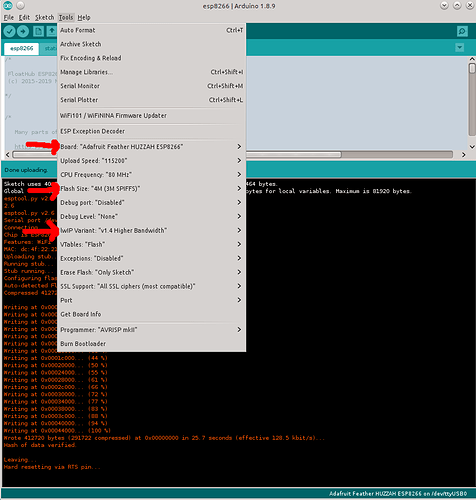 You can then go ahead and push the upload button to flash the ESP8266. This will generally take quite a bit longer than the first flashing (via the regular USB cable).

That should be it. The device should maintain its settings (Public WiFi, FloatHub ID, Security Key, etc.), so you should be able to readily check and see that is operating correctly.

Would you know if this one would work for the ESP8266 interface? I tried to connect it and it seems to work, LED on ESP works and I can enable dev-mode. It also is recognised in the Arduino IDE, but when I try to flash the build the connection times out. Only difference I can spot with the one I have and the one you have pictured is the pin called “CTS”. 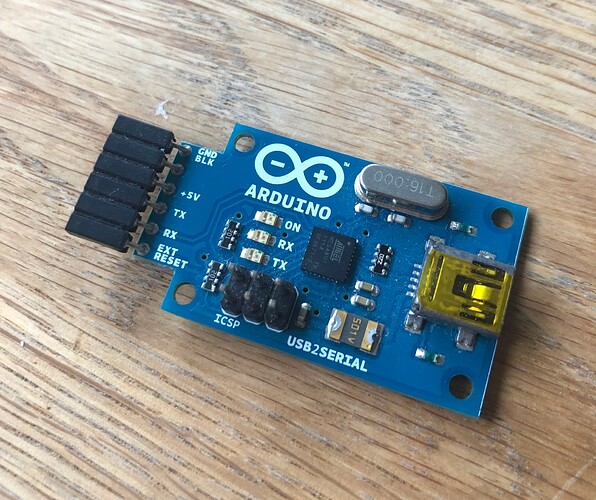 It is likely to work. Few things to check on:

Are you on the right port. Before you flash anything, if you open the Arduino Software’s serial console, are you seeing output from the device via the relevant port? You may need to adjust the BAUD to 115200 from its default. And change line endings to CR & LF.

Are you placing the ESP8266 in programming mode first? See description above for pushing the Reset and Mode buttons on the ESP8266. You’ll know it if you have it as the RED LED will drop way down in intensity, but still be illuminated.

Sometimes the upper circuit board will need to be removed from the lower board (i.e. the Arduino board) for flashing to be successful. There is a single screw that keeps the two boards sandwiched together. After removing that, is just a question of gently prying up on all sides (take your time) as there are a lot of header pins connecting the two boards.

Also, if you are flashing most recent firmware, there are a couple of #defines in the more recent versions of version_defines.h that are important:

You’ll want to make sure: