Despite a global pandemic, supply chain nightmares, and a worldwide chip shortage, we are delighted to announce that our new N2K-compatible FloatHub devices are now available. 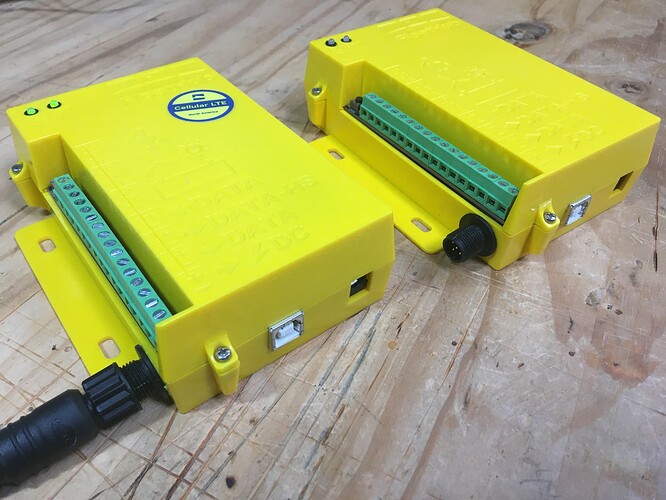 The N2K versions of FloatHub can receive data from N2K devices over a standard connector. Any available onboard GPS units, AIS transponders, and transducers can all be used as data sources for FloatHub’s monitoring system. This data is also translated into traditional NMEA-0183 sentences which are relayed locally over WiFi and data-out hookups.

These units can also perform translations in the other direction, taking NMEA-0183 data in on a wired connection and sending it out on the N2K bus (as well as over WiFi). So, in addition to being a WiFi gateway and monitoring system, FloatHubN2K is also a limited N2K to NMEA0183 bi-directional gateway.

WiFi-only units are available, as well as units that can use 3G cellular networks (worldwide) or LTE cellular (currently North America only).

The N2K-standard screw-on connector supports easy connection to a vessel’s existing backbone for power and data. That power connection is fully isolated (as is the corresponding data connection hardware). Direct DC power can also be wired into the device’s screw terminals. Both power sources can be active at the same time, and it’s even possible to switch between them without interrupting device operations.

Here is a list of the N2K PGNs and NMEA-0183 that are understood and/or translated by the current firmware, organized by data categories:

Note that in cases where no translation exists, the data is still parsed and used for reporting to FloatHub’s online monitoring and alerting systems. Some data is also used in other messages (e.g. variation, if available, is used in RMC output).

Initial quantities are available now (December, 2021) although we do expect those units to sell out quickly. We have more components on order for early February and hope to have substantially more units available as we get further into 2022. Our initial documentation is a little sparse, as we have not yet had a chance to update the FloatHub manual to include N2K version specifics, but we will get to that soon.

You can order at the FloatHub online store.

THE SOFTWARE IS PROVIDED “AS IS”, WITHOUT WARRANTY OF ANY KIND, EXPRESS OR IMPLIED, INCLUDING BUT NOT LIMITED TO THE WARRANTIES OF MERCHANTABILITY, FITNESS FOR A PARTICULAR PURPOSE AND NONINFRINGEMENT. IN NO EVENT SHALL THE AUTHORS OR COPYRIGHT HOLDERS BE LIABLE FOR ANY CLAIM, DAMAGES OR OTHER LIABILITY, WHETHER IN AN ACTION OF CONTRACT, TORT OR OTHERWISE, ARISING FROM, OUT OF OR IN CONNECTION WITH THE SOFTWARE OR THE USE OR OTHER DEALINGS IN THE SOFTWARE.

I’m glad to see this! Is it possible (ideally easy) to publish these N2K PGNs to the FloatHub web site?

All the info from the N2K/PGN side of things is incorporated into the regular data stream that gets sent up to the FloatHub website from your device, yes. I.e. if you have an N2K depth sounder and AIS, that data will get sent up to FloatHub (and AIS relayed if you have that turned on) and you’ll see it on your dashboard.

Great! I just ordered it. Will I be able to replace my existing N183 device so I can keep all my trip info? Or perhaps transfer that legacy trip into to this new device and I give the N183 unit to a friend?

We will configure your outgoing unit as a drop in replacement (same FloatHub ID and Security Key). Then just make sure to do a hard reset on your original unit before giving it to a friend. The hard reset will erase all your settings so that it is just as it originally came from the factory.

I got it - and just set it up. It looks like you shipped it with factoryx - no big deal, I put my info in and data started showing up. Then I hooked it up to my N2K network and…not sure where depth would show up, but I think the wind info is on the dashboard. I also see AIS data from vessels in the bay around me. Is there a way to configure the dashboard?

We are receiving depth data from you. You can see the exact data here:

Down on the table that says " Most Recent FHA (Status) Messages by Order of Reception at Server" (scroll the table to the right to show the depth column).

It should also appear on your main FloatHub interface by clicking on the MFD (orange display with LCD-like font). It should show something like: 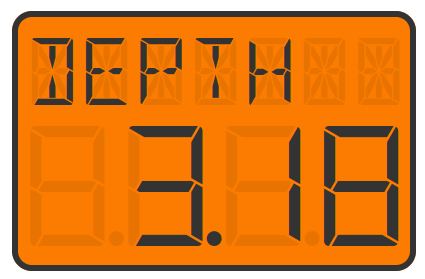 Hah! I never thought to click on that Orange display!

I can now see clicking on the Heading rose cycles through HDM - HDT - COG.

And clicking on Temp gauge toggles between Air and Water - and the needle doesn’t move. My N2K Water Temp is 48.1, Air Temp is 49.3 - amazingly close! Checking…ok, the needle moves a pixel

Now…how about additional PGNs? I have some tanks that I’d like to display thought that isn’t critical - just a “nice to have”.

Also, you might want to check your Manufacturer Code: 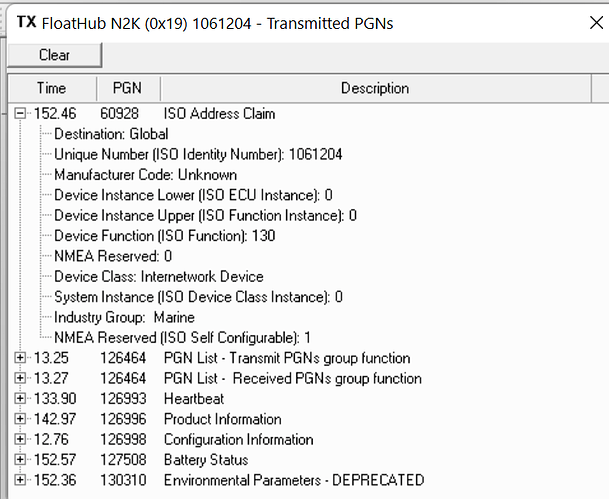 Great to hear it’s all coming through and accessible.

There are a number of PGN groups related to tanks, engine status(es), and more detailed electrical monitoring (state of charge, amperage, temperature, charge status, etc., etc.) that we are currently evaluating for even more enhanced monitoring. Always trade-offs related to storage and transmission though (e.g. the more we monitor, the less the unit can store when offline for future transmission when connectivity is restored).

Excellent point about offline caching - maybe add a microSD slot in the next version?

On the manufacturer code, that’s because we are not a NMEA 2000® certified manufacturer. This is intentional on our part. We prefer to have a completely open design to our device where end users are free to modify everything, including the low level firmware. Certification would bring many benefits, including formal engineering reviews of our designs to make sure they meet the standard, especially for things like bus & power isolation. But it would also constrain us in certain ways, particularly related to releasing code that implements or interacts with the standard.

All of your FloatHub’s firmware code is available here:

Interesting reply! I learned something today